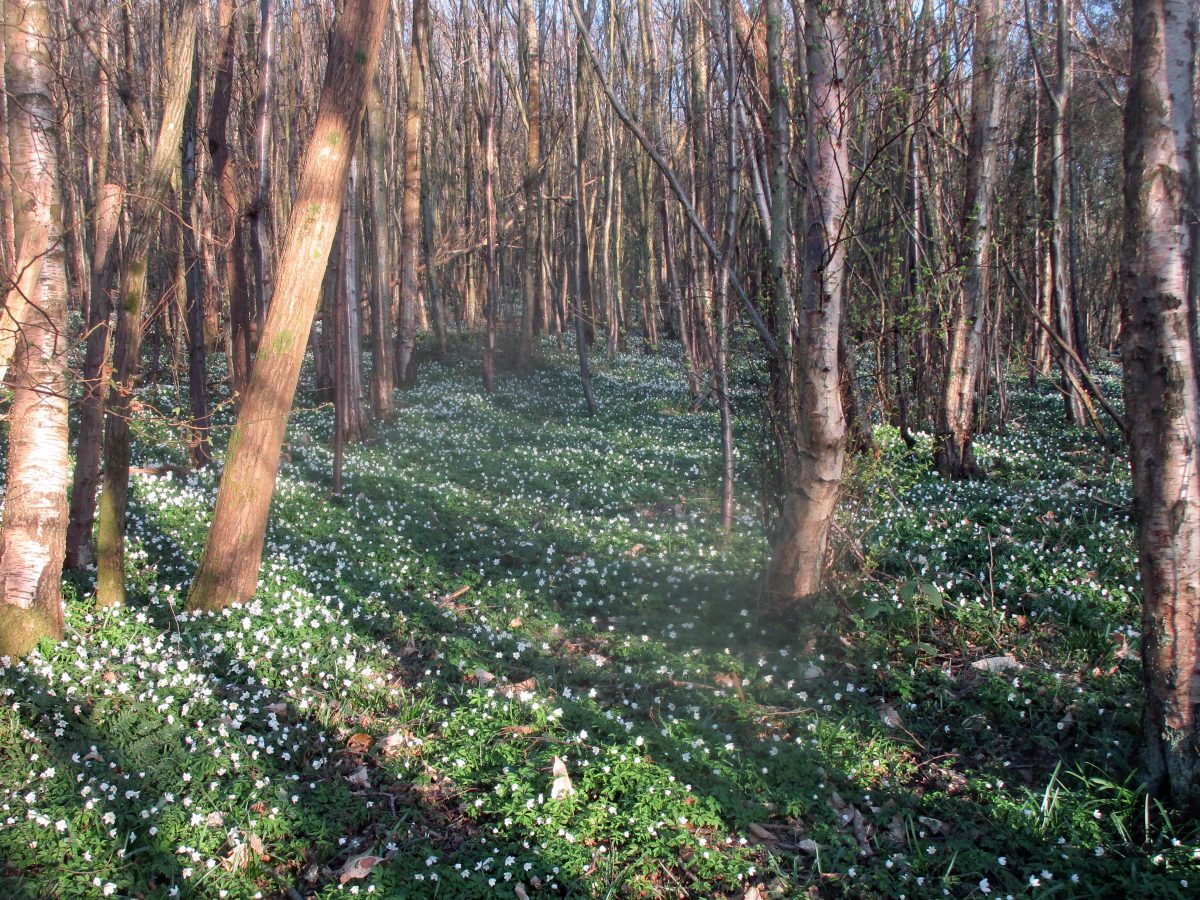 For anyone unfamiliar with Guestling Woods (see this Google map), as well as being a stunning bluebell woods (for which it is locally famous) it is, more unusually, breath-taking three weeks earlier in the year for the wood anemones (Anemonoides nemorosa). For only the second time in the past six weeks I have had time for a ‘proper walk’, and yesterday, in unbroken sunshine, I walked with Rachel to the woods, around it, and then back; and I was wowed by this firmament of anemones.

And oh! Oh that I had known that March would bring such sunshine, for then I would have started this walk on my birthday (9th March) and walked from the south to the north. Too late now!

I am going to try to upload a post about my preparations every Sunday from now until I depart.

23.1 miles – The shining perfection of a cloudless early autumn morning, the cloudy restlessness of a late summer afternoon,

END_OF_DOCUMENT_TOKEN_TO_BE_REPLACED

23.6 miles – Sunshine to the north and south but surly clouds and rain above; some shame-faced sunny moments brightening